I’ve known Nick and Becca for many years. From the time they both used to work with my wife, to their wedding day where Nick was the General Manager of Leith’s – the company behind events at Beaulieu. I say ‘was’, because he has since moved on to an exciting new venture.

None the less, it’s always really nice to photograph a wedding where you know the Bride & Groom already. Even if it does feel like there’s a little more pressure than usual.

Nick, Becca and both of their families stayed at a hotel just outside of Beaulieu the night before their wedding. It gave everyone the chance to meet beforehand and get to know other sides of the family.

Becca, her mum and bridesmaids were in the latter stages of getting ready when I popped over to gain a few pictures. Meanwhile, back in the bar area of the hotel, most of the guests were ready and relaxing in the bar and beer garden.

Nick and the chaps then headed into downtown Beaulieu for a pre-wedding drink at The Montague Arms. The perfect watering hole before the short walk around the corner for their Beaulieu Domus wedding. 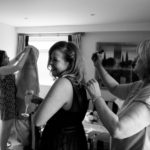 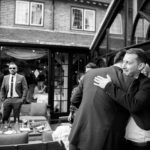 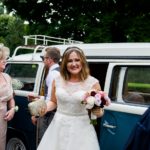 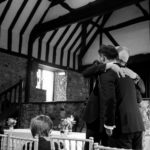 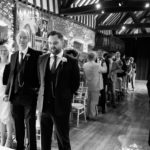 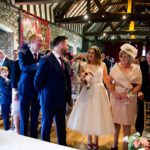 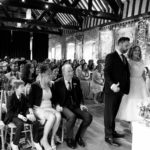 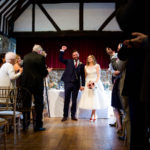 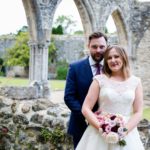 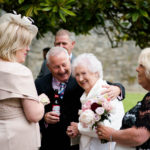 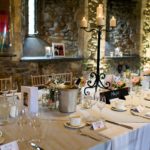 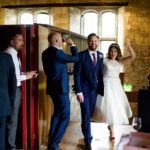 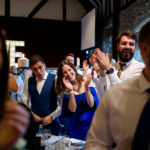 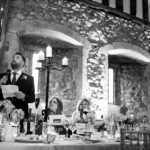 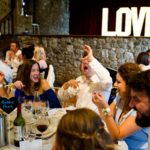 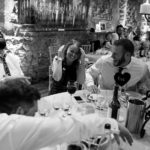 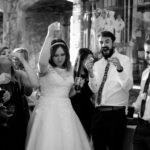 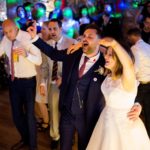 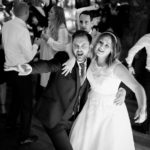 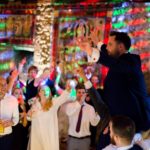 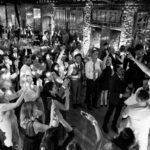 A classic VW Camper delivered Becca for her Beaulieu Domus wedding. It drove through the estate and pulled up outside the Domus. She stepped out sporting the coolest of shoes decorated with big red love hearts on the toes. Nick played it quite cool waiting at the end of the aisle for her. But then again, Nick plays everything cool. He’s one of those chaps that never seems to stress. Vows were made, rings were exchanged and Nick and Becca were officially, a husband and a wife.

After the ceremony, all the guests went outside on the lawn for drinks and canapés before a handful of group pictures. There was a good amount of time before the meal was being served and guests just enjoyed chatting and chilling. Unexpected entertainment was laid on when some of Nick’s buddies decided to form a human pyramid. It was quite successful too and didn’t create any immediate injuries.

After the meal and some rather heart felt speeches, Nick and Becca cut the cake and got ready for their first dance. “I bet you look good on the dance floor” pumped out loud and it was at least 30-seconds before all of their guests joined them. I don’t imagine the dance floor was empty for one single minute of their evening reception at Beaulieu Domus.

Thank you Becca & Nick for hiring me to photograph your wedding day. All the best for your future together. You rock!

If you’re having a Beaulieu Domus wedding, or anywhere else for that matter, I would love to hear from you.

Get in touch
About the author